The Paper Receipts Converting Association (PRCA) has been asked to state its position on the antidumping petition recently filed with the U.S. International Trade Commission (USITC) regarding thermal paper rolls imported from Germany, Japan, Korea, and Spain.  Because the PRCA believes that imported converted rolls sold in the United States often do not correctly identify their country of origin, the association supports the current petition and trusts that the government’s investigation will result in the proper identification of origin and the imposition of duties in amounts determined appropriate by the United States government.

To better understand our position, it is important to note that the PRCA was formed to promote the common business interests of companies engaged in the paper receipt industry in the United States.  We believe that advocating for the enforcement of appropriate duties and working to ensure the use of Good Manufacturing Practices (GMPs) are essential to ensuring free and fair trade.

The USITC petition addresses both jumbo and finished converted rolls from the subject countries.  The PRCA supports the view that jumbo rolls and finished converted rolls should be treated consistently and that any decision to impose duties should include all subject thermal paper, regardless of its stage in the production process.  Imported jumbo and converted rolls upon which antidumping and/or countervailing duties are appropriate should not be allowed to be imported without those duties being paid.  The PRCA believes that any company illegally importing these products should be held accountable for its actions.

Additionally, the PRCA believes that imported converted rolls can often be shorter in length than advertised and/or can be manufactured with improperly identified paper.  This is precisely why the PRCA developed its GMPs, which include provisions addressing roll length/width tolerances and paper content.  All PRCA members 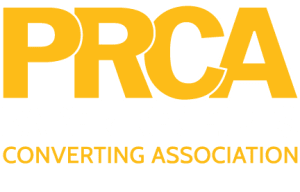 The PRCA seal is your supplier’s promise of quality.

Now is the time to band together and secure the future of paper receipts.